Strava is a popular site for athletes to share GPS based information about cycling rides they've taken. Sites that want to integrate with Strava can do so via a RESTful API that returns JSON.

The Strava API is language independent, so the obvious way to use it requires building query strings and manually working with complex hashes.

Having interfaced with Strava for the Mission Cycling project, we saw an opportunity to create and open source a gem that would facilitate access to Strava data from Ruby.

We built and released a gem that included Ruby objects for the entities exposed by the Strava API and seamlessly handled the network access to request data.

Using our gem, a Ruby programmer can work in terms of Clubs, Riders, Rides, and Segments, rather than having to manually construct query strings, or walk through collections of hashes. 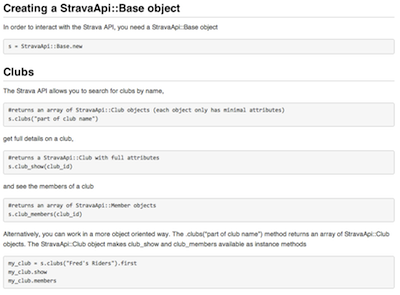 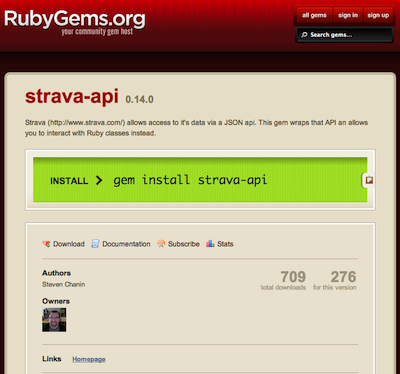